Keeping current with and educated on the most advanced treatments, trends, techniques, equipment, and research is incredibly important here at Bradford Family Dentistry. It’s our top priority. However (not to sound vain or anything), we also care about how we look.

It’s like dentistry, I suppose. General dentistry, cleaning, and orthodontics—the nuts and bolts of oral health—are, of course, crucial for everyone’s health. But appearance is also hugely important, which is why we have cosmetic dentistry.

Think of the expansive renovation and remodel we’re undertaking as general medical improvement with some cosmetic touches thrown in for good measure.

The building’s fascia is done in that pebbles-stuck-in-cement style that was popular in the mid-1970s. Time marches on, though, and that decorating scheme has gone the way of disco. So the (terrific) downtown remodel seemed like the perfect opportunity to update our look! We’ve chosen a style that jibes with the times and better conforms to the general remodel.

When completed, the facade update will be something to see. Before and after will be like night and day.

Plus, residents of Bradford may have already noticed our other exterior update: the new sign! For those who’ve missed it, we have a remarkable, brand-new LED pylon sign. It’s particularly eye-catching at night and can be seen from all around the area. This is also the first time we’ve had an LED sign, which makes it particularly exciting for us.

The exterior makeover is definitely a big deal for us, but the most important renovation is going on inside.

First, we’re going to more than double in size. At the moment, we’re working out of the second floor of our building—an area of about 2,000 square feet. (That’s right, we’re definitely still open during construction.)

But we are in the process of converting the first floor into additional work-space. That conversion is about 80 percent complete at the moment, and when finished it will add 5,000 square feet to our current total!

On top of this (or below it, technically), the basement is being converted to office space. That will also free up space elsewhere, giving us an additional 3,000 square feet of working space. By the end of the process, Bradford Family Dentistry will have gone from 5 operatories to 17 of them!

Obviously, we’re going to be a far bigger and better operation when the renovation/remodel is complete. And no one can say we didn’t have to work for it! The whole process has been an adventure.

For instance, it appears that the vast majority of “repairs” done in the past were more like temporary patches that became permanent. We’ve encountered quite a bit of cleanup that was never done and needs doing, plus a lot of total overhaul repair stuff.

We’re laying new floors, bringing in modern dental chairs, doing a ton of plumbing updates for the basement and first floor, and a good deal more.

One of the most unexpected challenges, however, arose from the building’s history. It turns out that the structure we now occupy used to be a bank. That wouldn’t have had any effect on the renovation…except for the vault.

That’s right—we had to remove a bank vault. Let me tell you, that’s no small feat. The door alone weighed more than eight hundred pounds. It had to be cut into pieces and carted out over the course of a week!

It was well worth it, however, for the betterment of our facilities, the comfort of our customers, and fitting our look to the downtown remodel!
Dr. Chai (a.k.a. Dr. Tooth!) 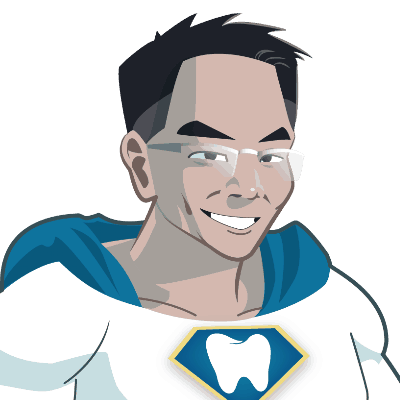